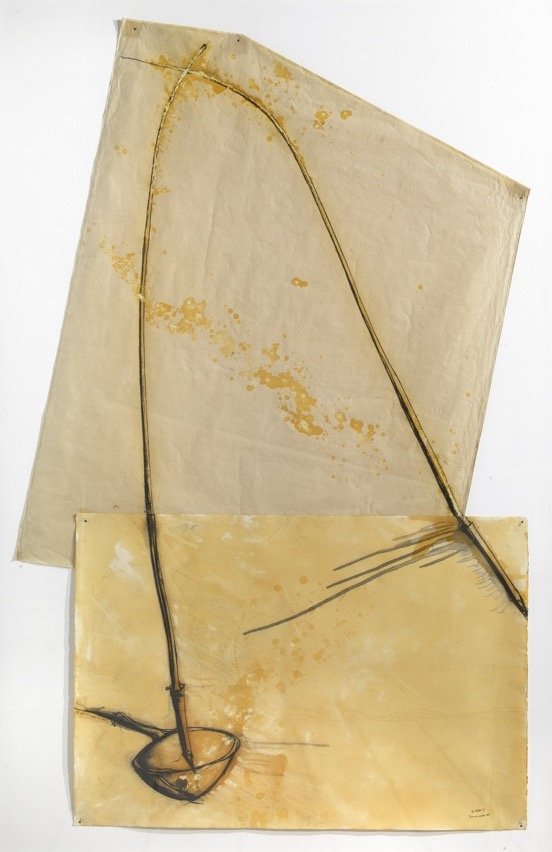 Between 1963 and 1970 Zorio studied at the School of Arts and Ceramics and at the Academy of Fine Arts in Turin. After graduation, he stayed in Turin, where he started working as a teacher and identifying himself with Arte Povera. He made his first solo exhibition at the Ileana Sonnabend Gallery in Paris in 1969.

Zorio created his first works in the years 1966-1968, associating them with energy processes. Indeed, these early pieces show dynamic relationships between their materials and the spatial context that surrounds them. Later, and in particular, during the 1980s, his fascination with natural processes, alchemical transformations and the release of energy led him to insert different materials into his works, including incandescent electric light tubes and steel.

His interest in chemical and physical reactions has inspired the use of processes such as oxidation, evaporation, refining or electrical transmission. Their evolution was based on autonomous changes taking place in a given system or caused by the viewer. For example, the Zorio cobalt chloride half-cylinder has changed color in response to the spectators’ presence.

The use of fragile materials and elements such as stars, spears, animal skins, laser beams, stills, vases and the like, shows Zorio’s constant interest in the many possibilities that ordinary objects offer when combined together, as well as energy tensions resulting from their association. His research is inspired in particular by Michelangelo Pistoletto and Mario Merz, two prominent exponents of Arte Povera.

Zorio took part in the Rome Quadrennial (1973), the Venice Biennale (1978, 1980 and 1986) and Documenta Kassel (1992). Important solo exhibitions dedicated to his career have been organized by prestigious museums, including the Center Georges Pompidou (1986), the Tate Modern, London (2001) and the Hirshhorn Museum and Sculpture Garden, Washington, DC (2002).