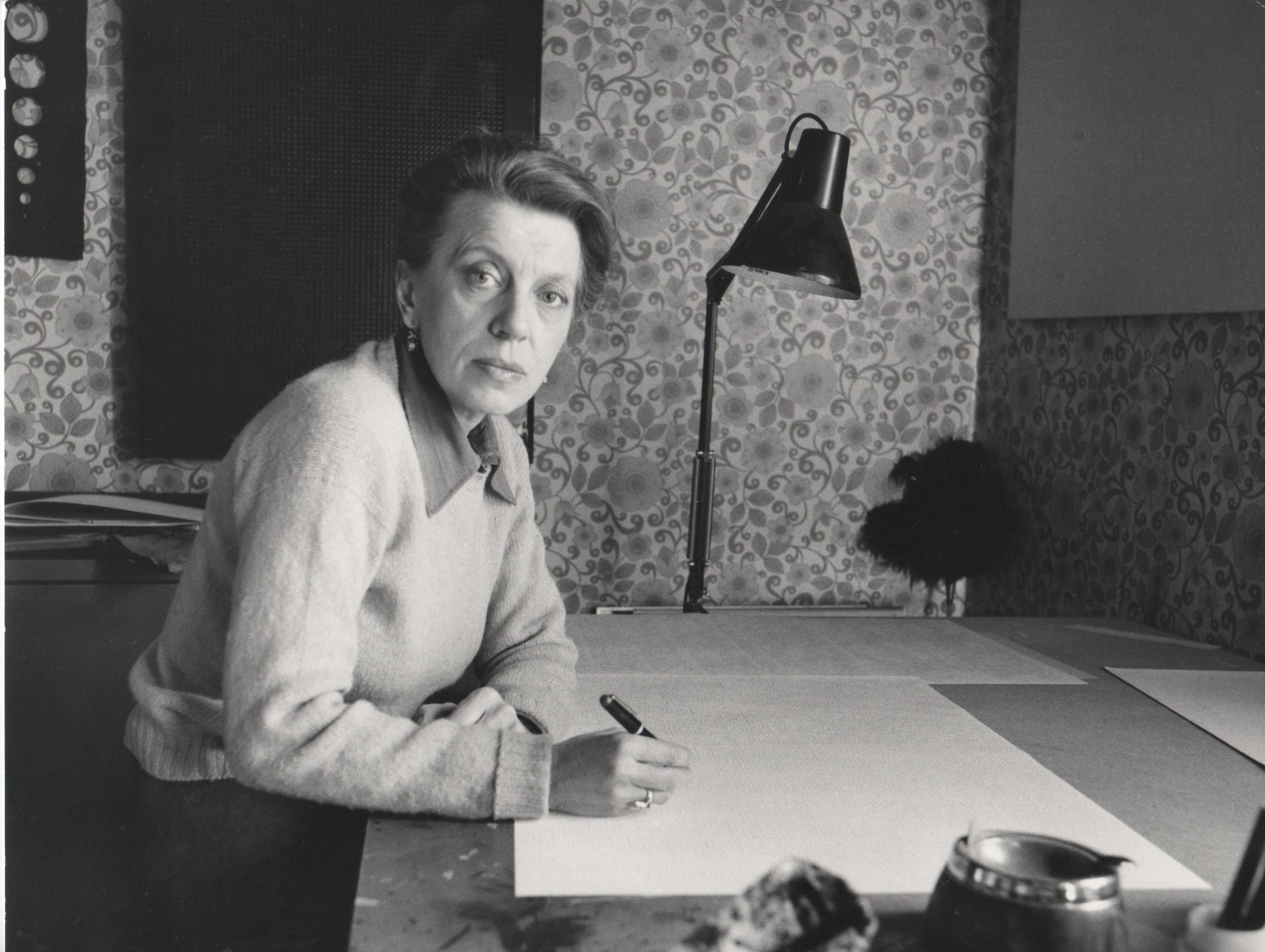 Dadamaino (1930-2004), born Eduarda Emilia Maino, took part in the European avant-garde movements of the 1960s. She got involved in the Spatialism movement, the N and T groups in Italy, of the Zero group in Germany, of Equipo 57 in Spain, of the Groupe de Recherche d’Art Visuel (GRAV) (Visual Art Reseach Group) in France, or of the Nouvelle Tendance (New Tendency) in Zagreb, without ever lingering, on the contrary freeing herself rapidly from them and carrying on the development of her own plastic research. 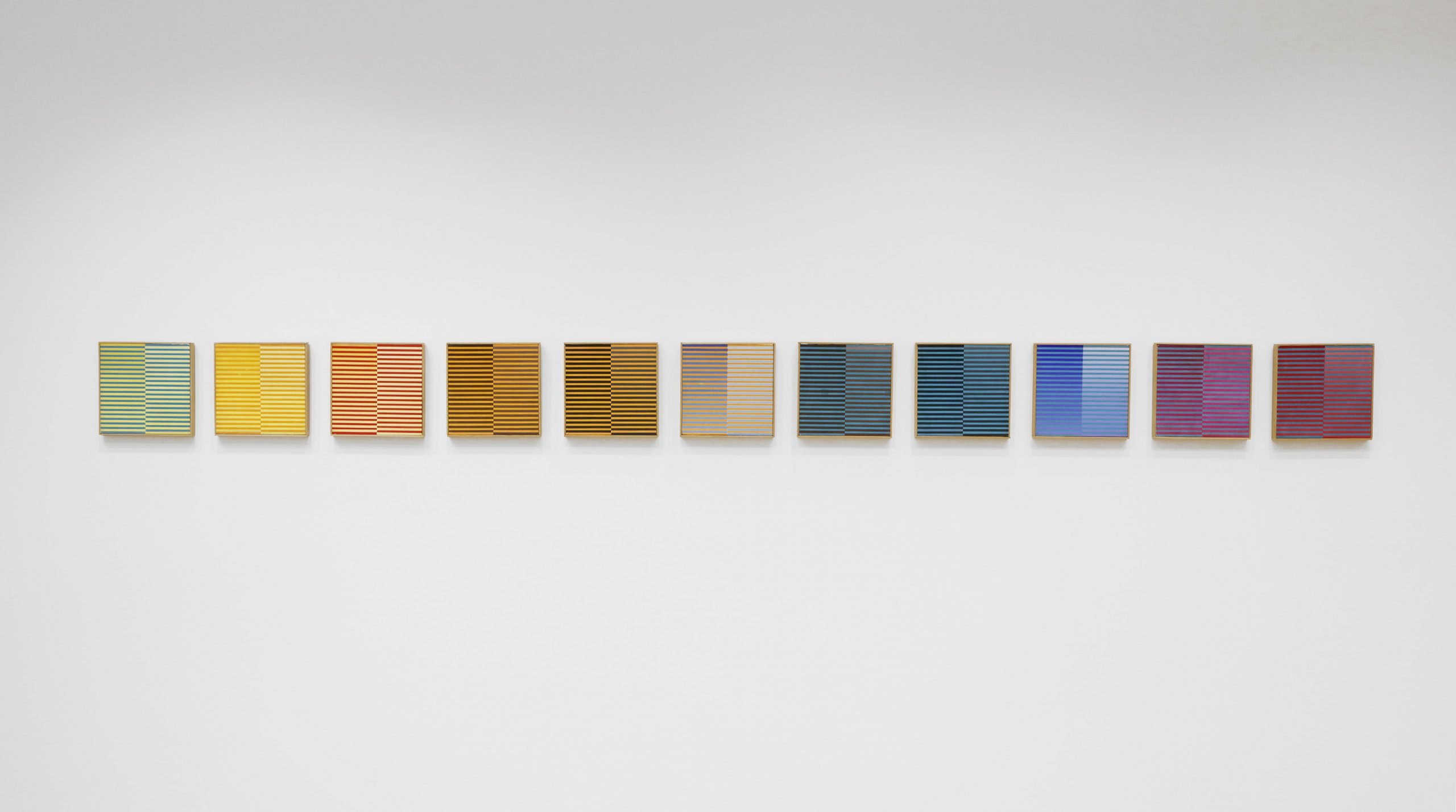 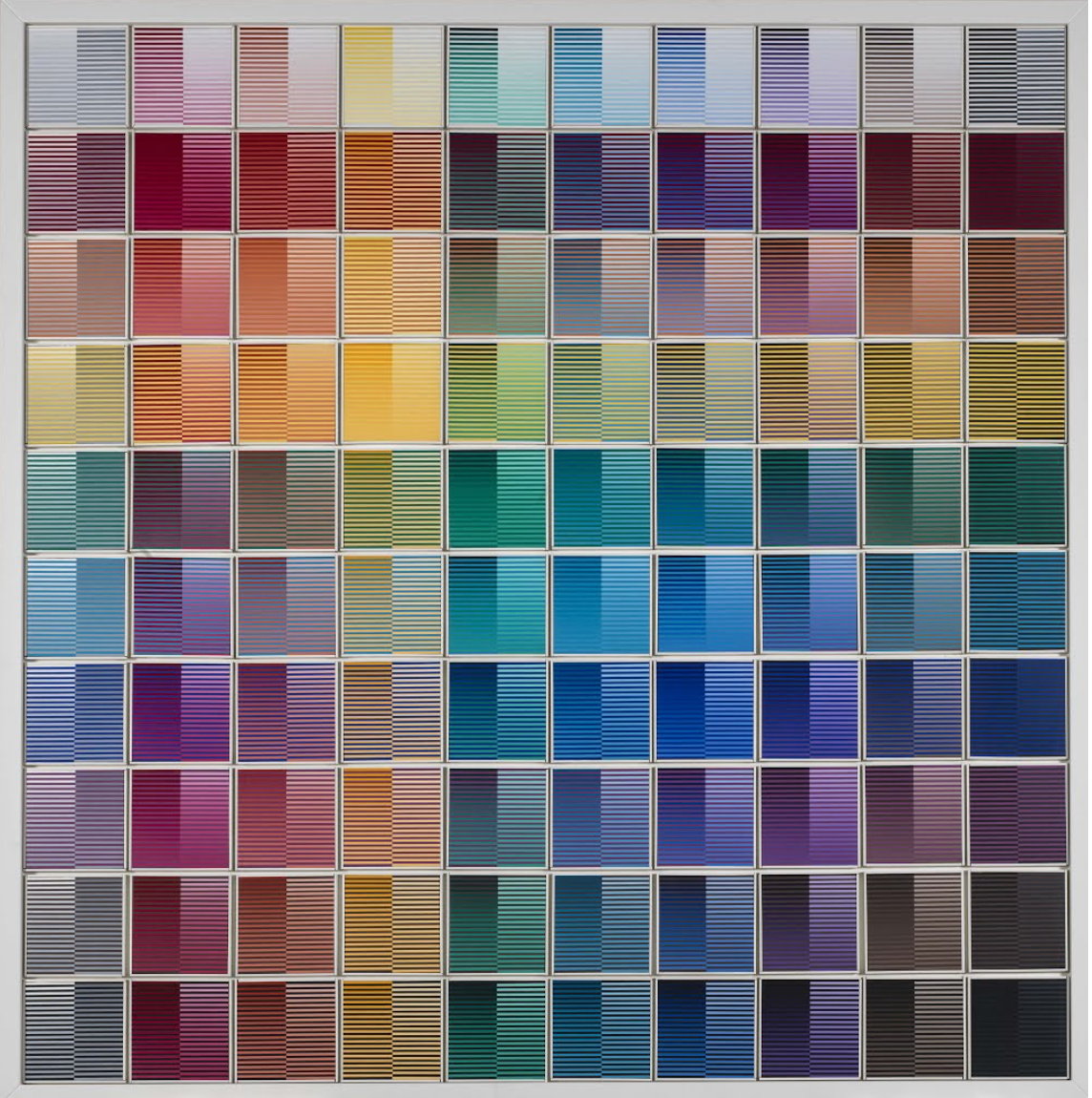 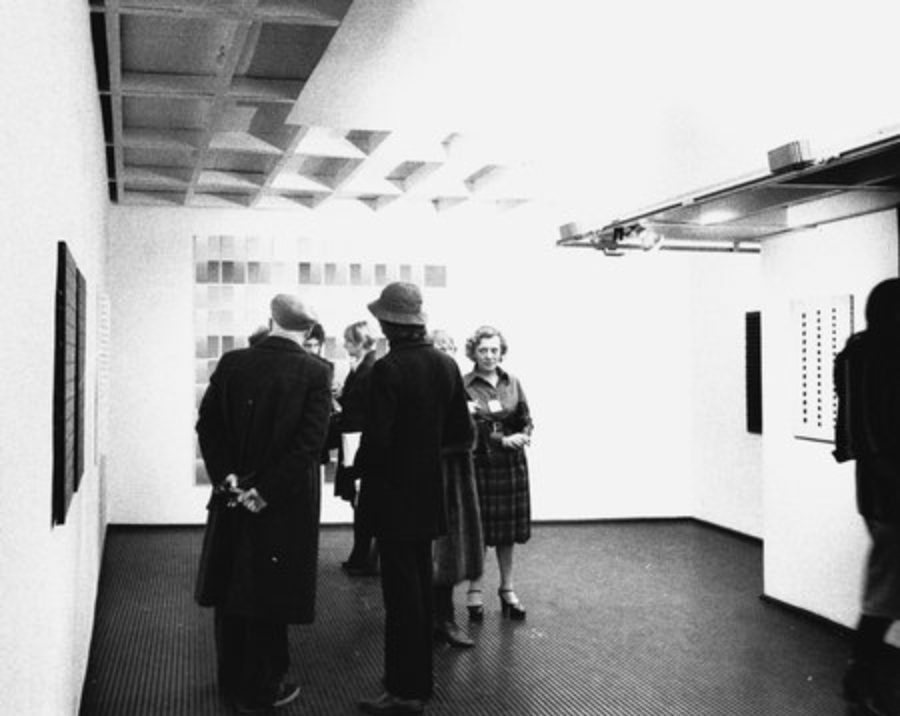 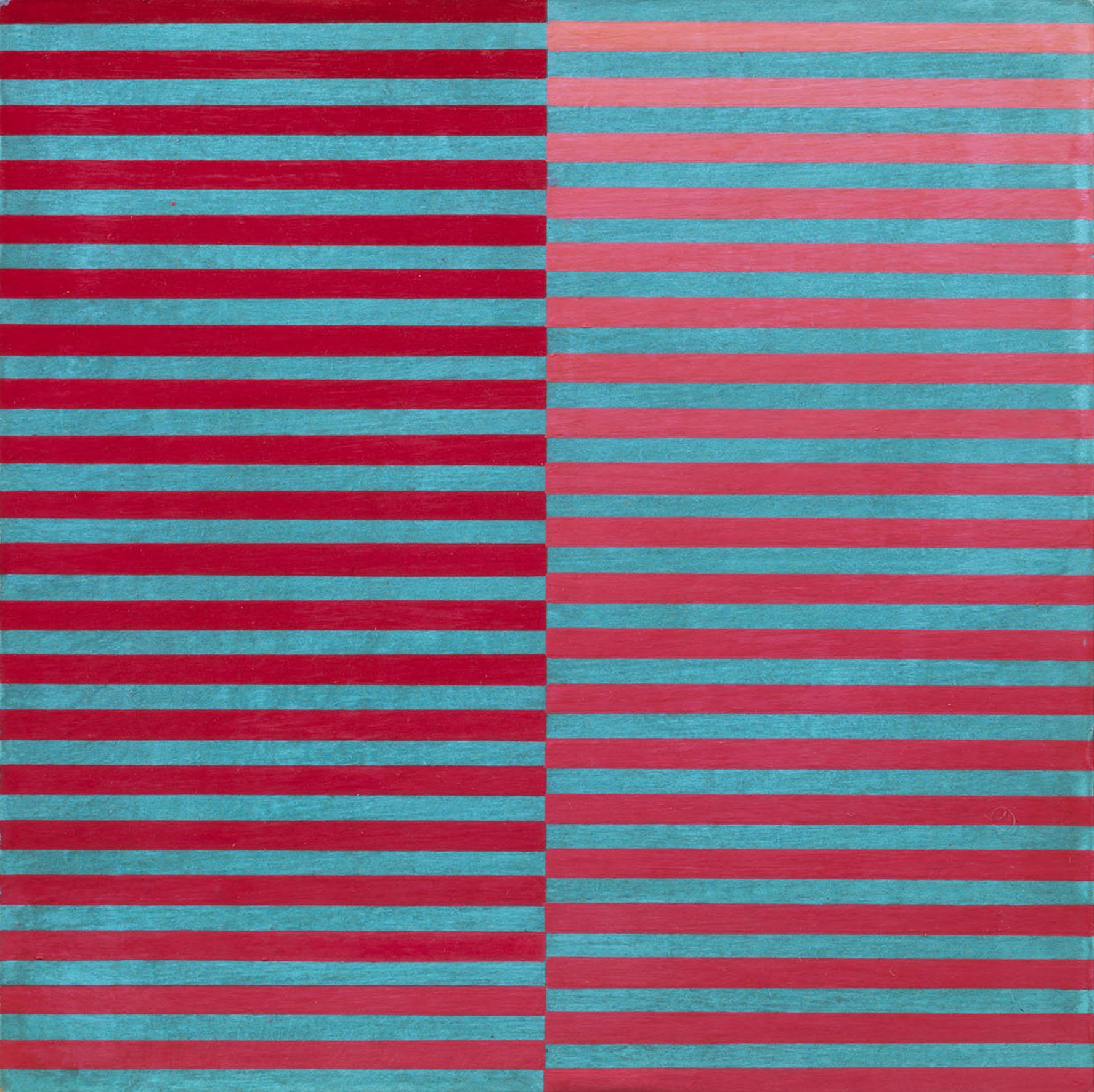 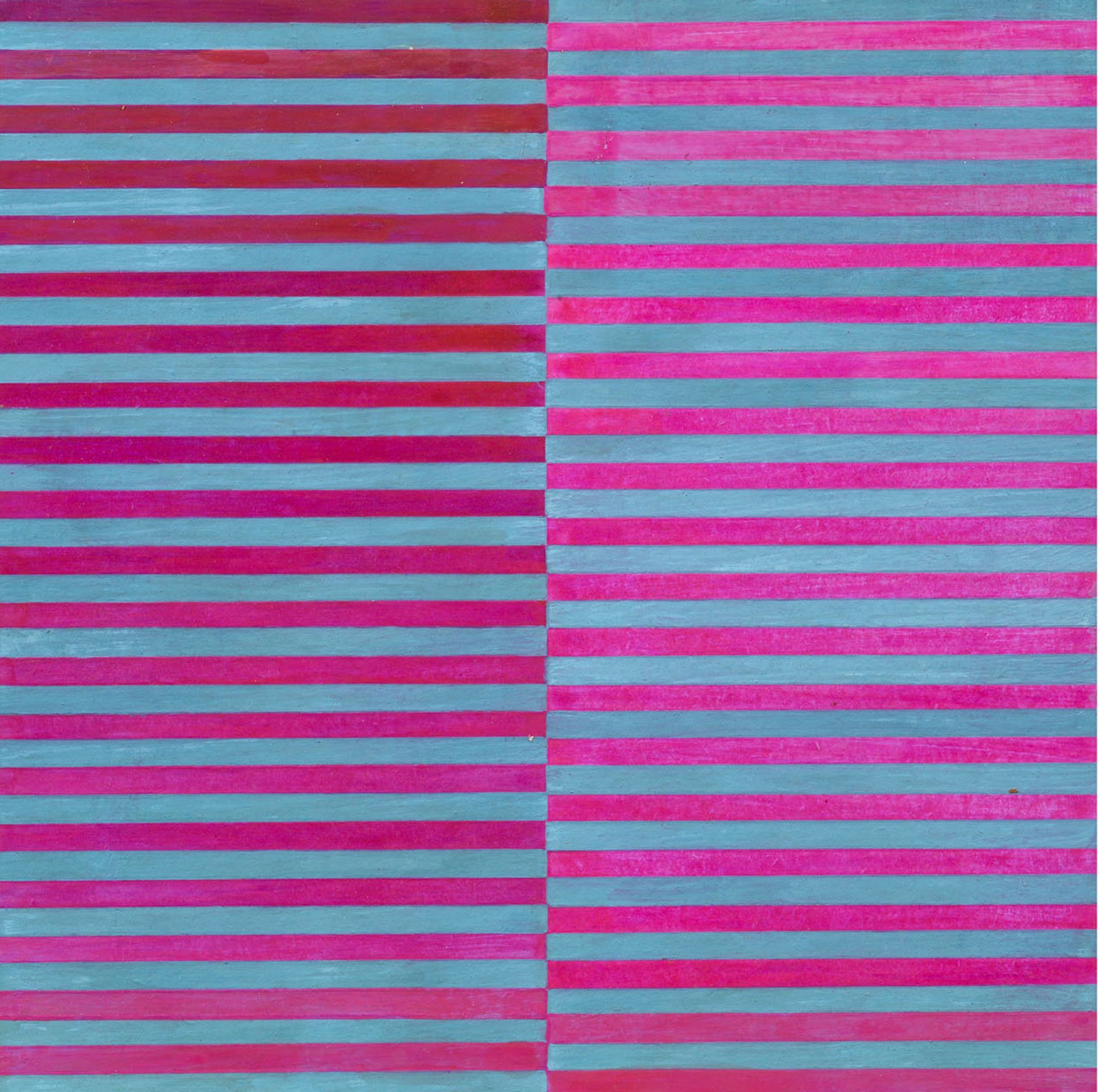 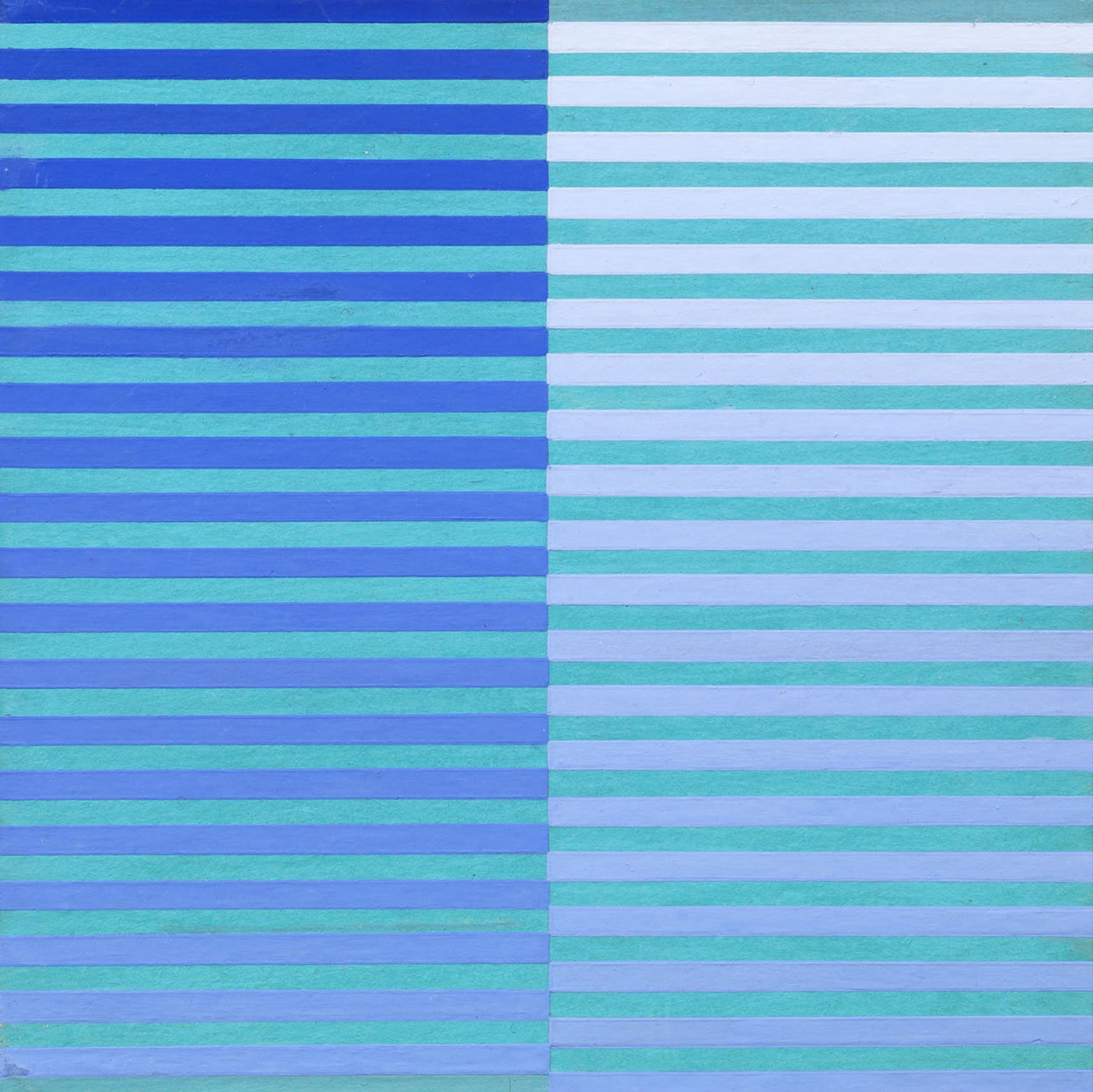 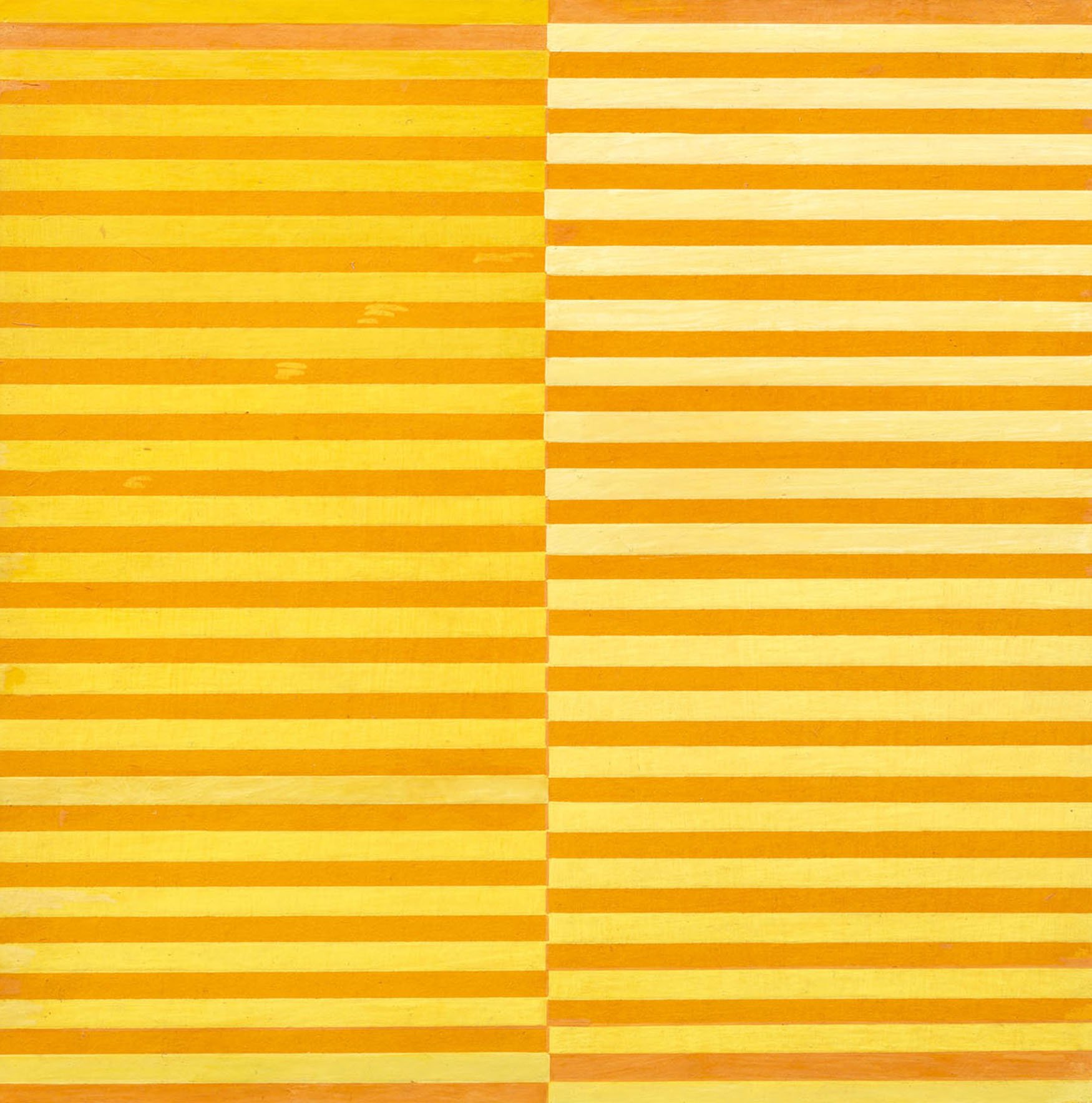 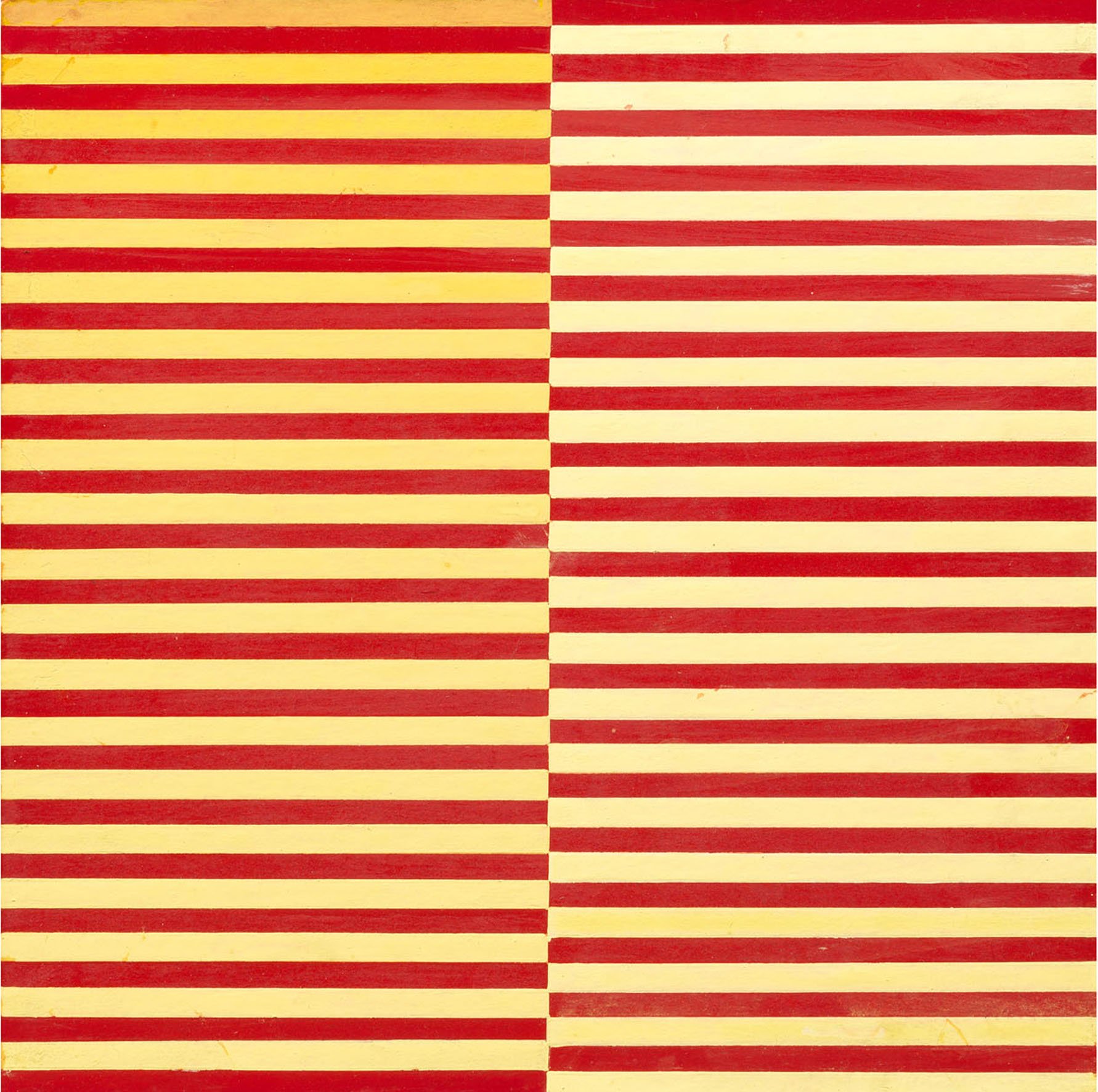 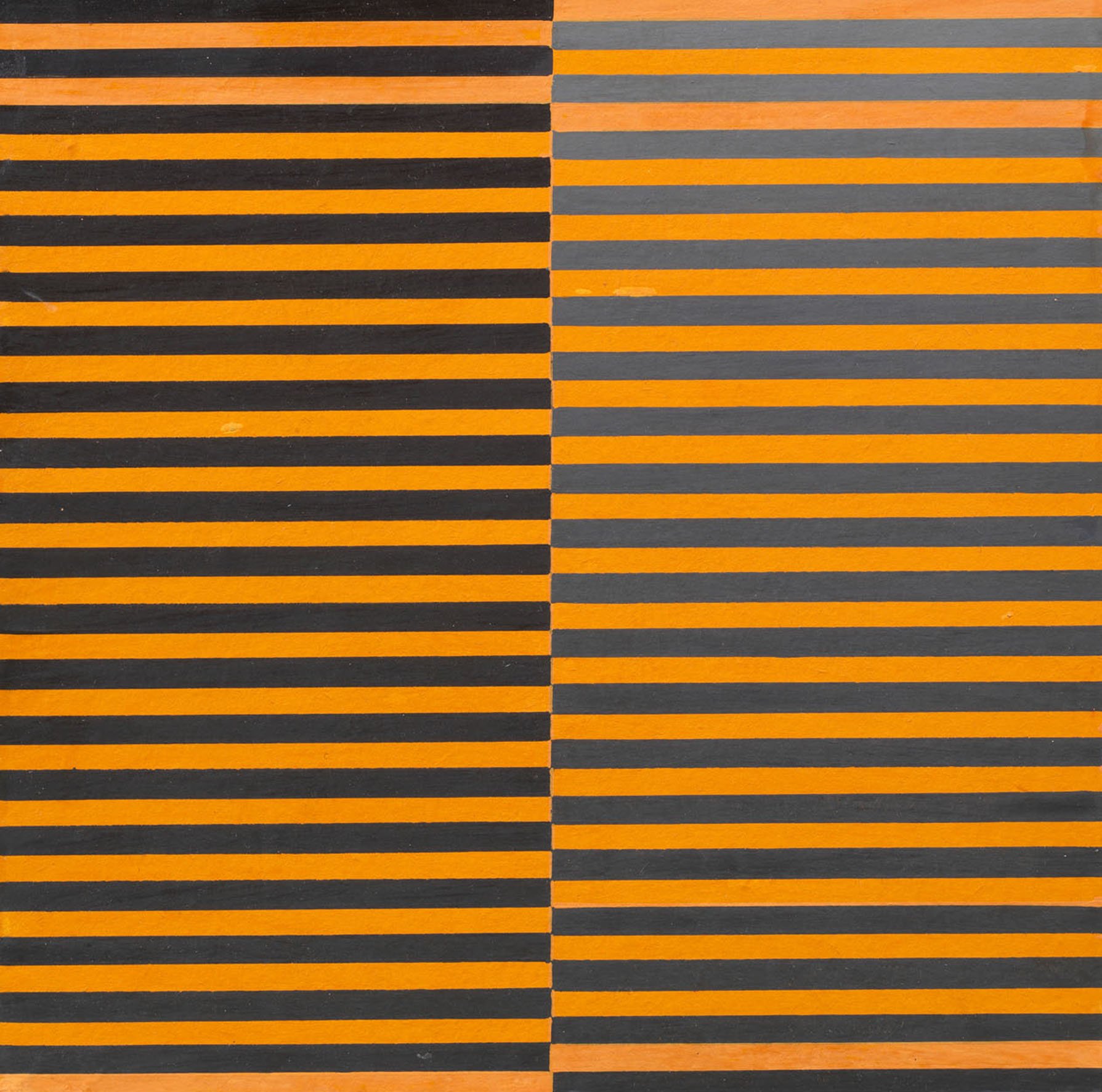 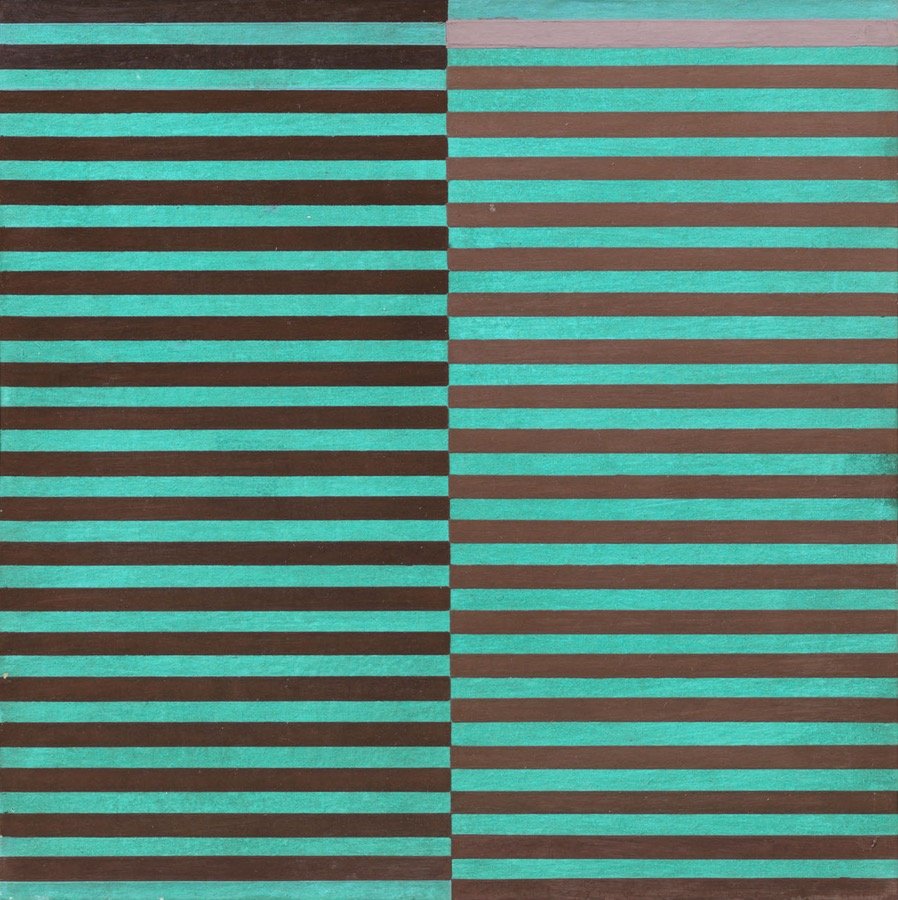 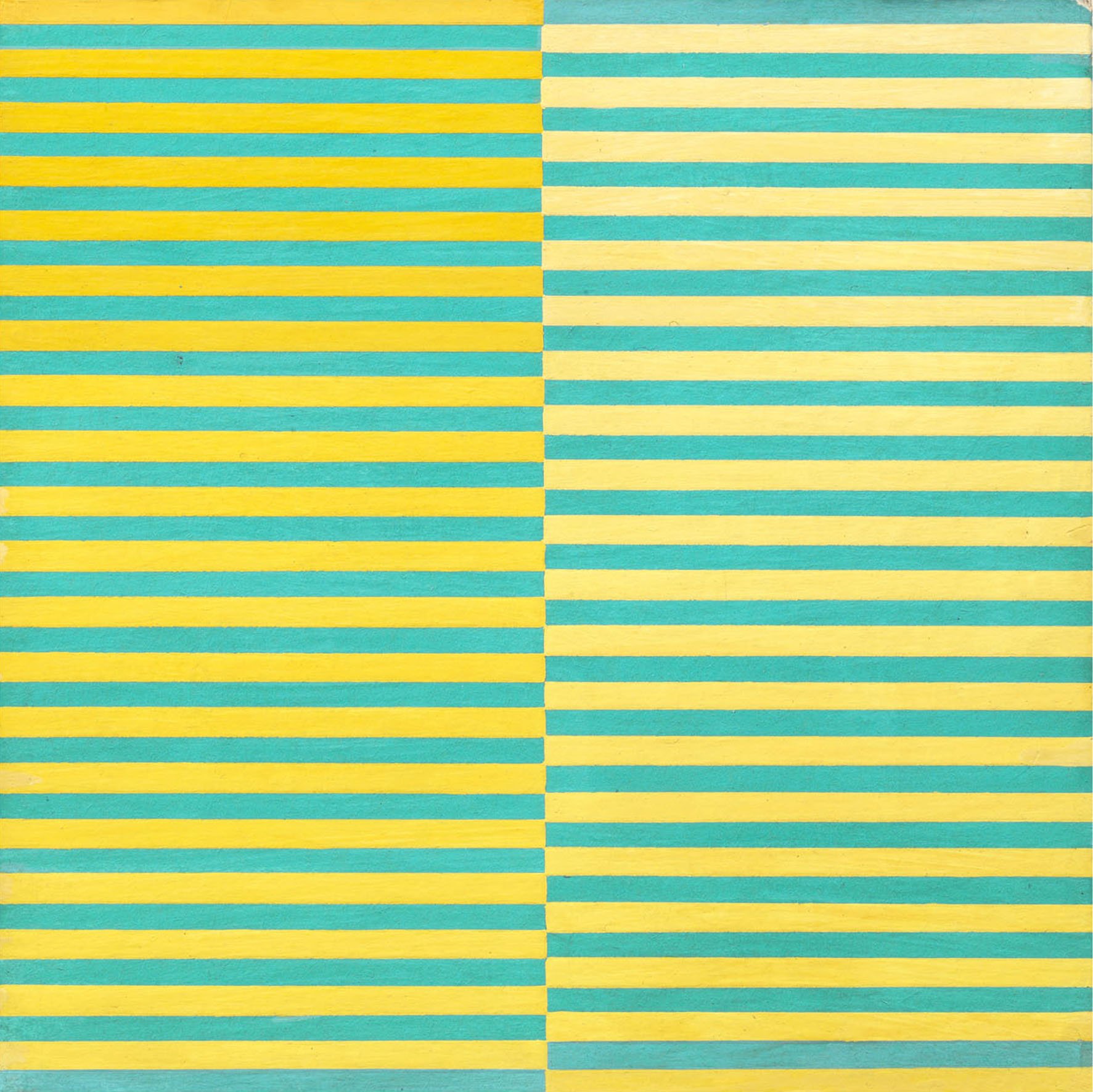 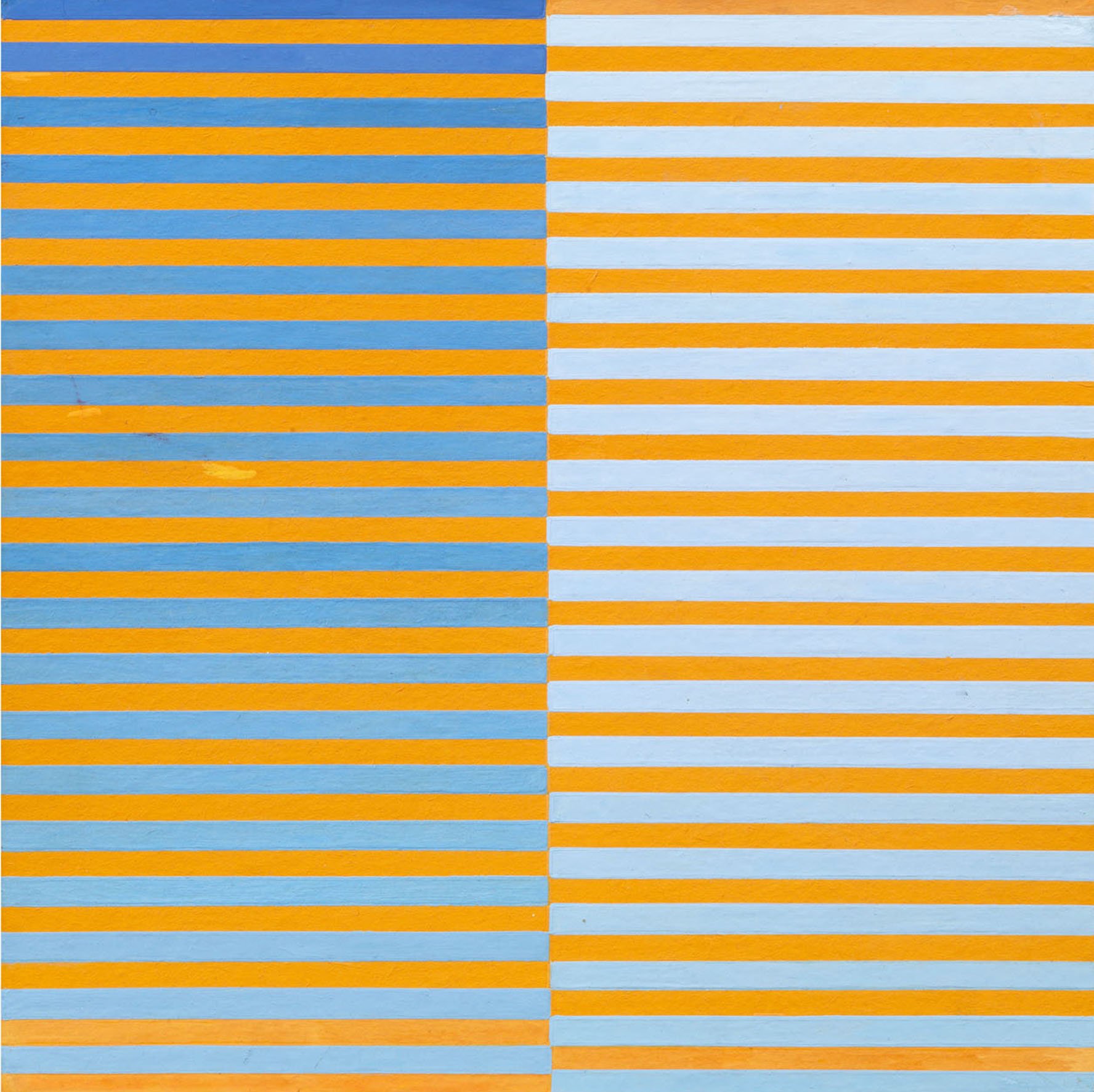 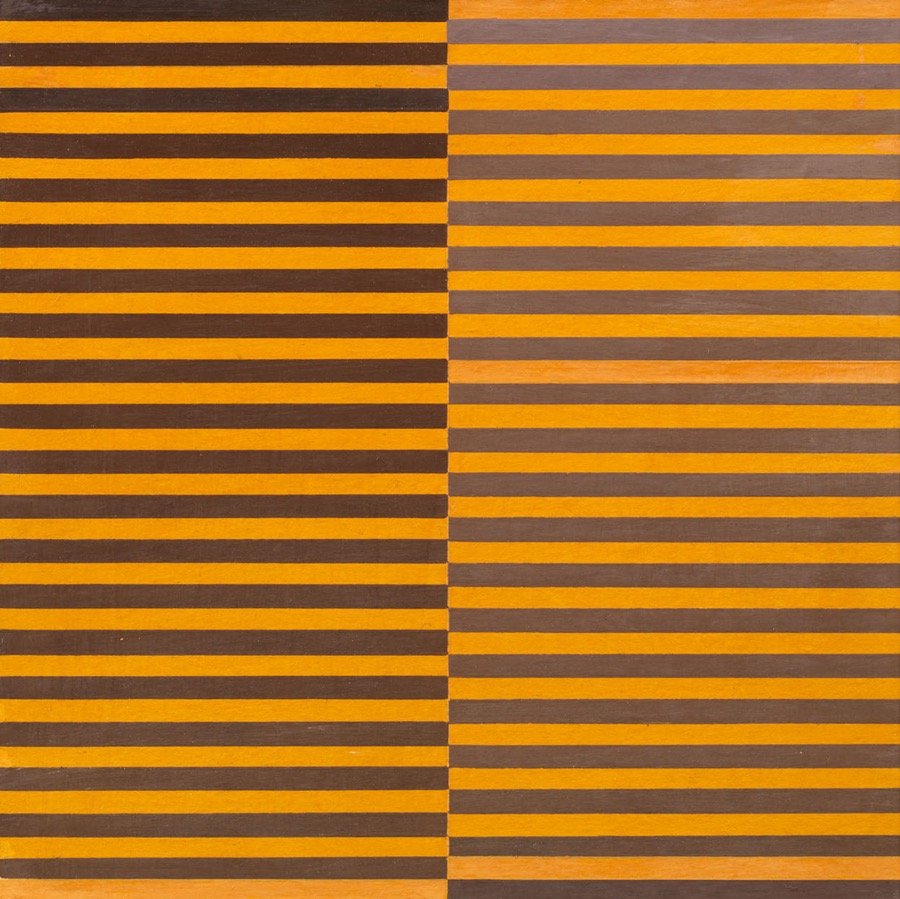 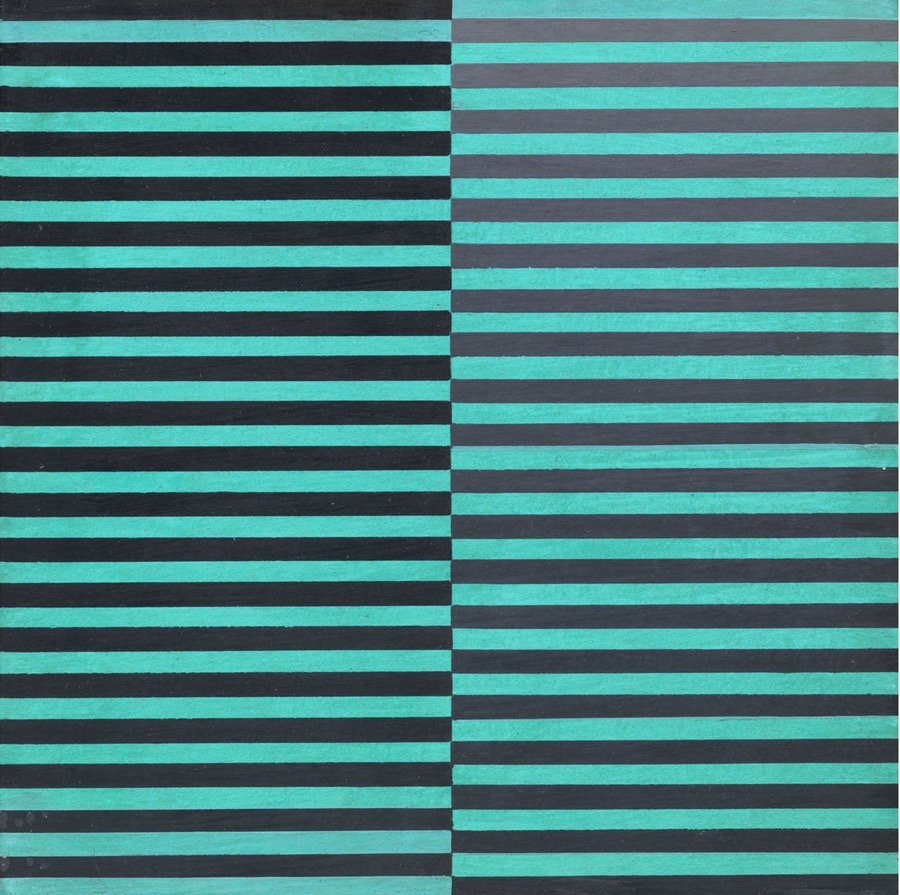 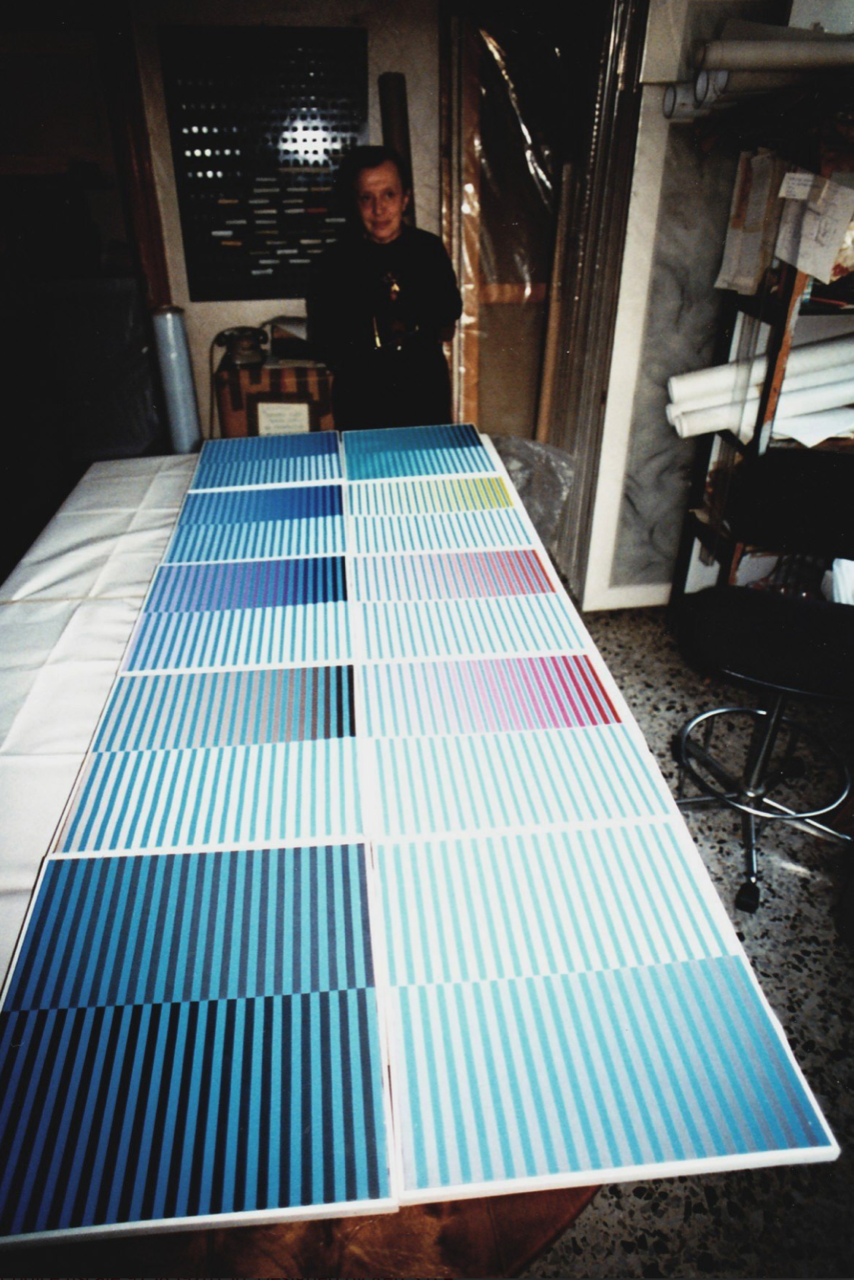 In Ricerca del colore we must not seek the intelligence of the effect. What we should appreciate, rather, is the slow and meticulous flow of time, that becomes rhythm, the time of the reading but above all of the creation, which has wholly absorbed the sentient and thinking presence of the author. It is therefore a matter of an analytical, an apparently neutral, attitude, which is nevertheless charged with a subjective plenitude that is the antithesis of the possible anonymity at that time preached by many. The identity of artist does not designate the work, it is the work as such, the silent and not wholly readable adventure of its manifesting itself to existence. 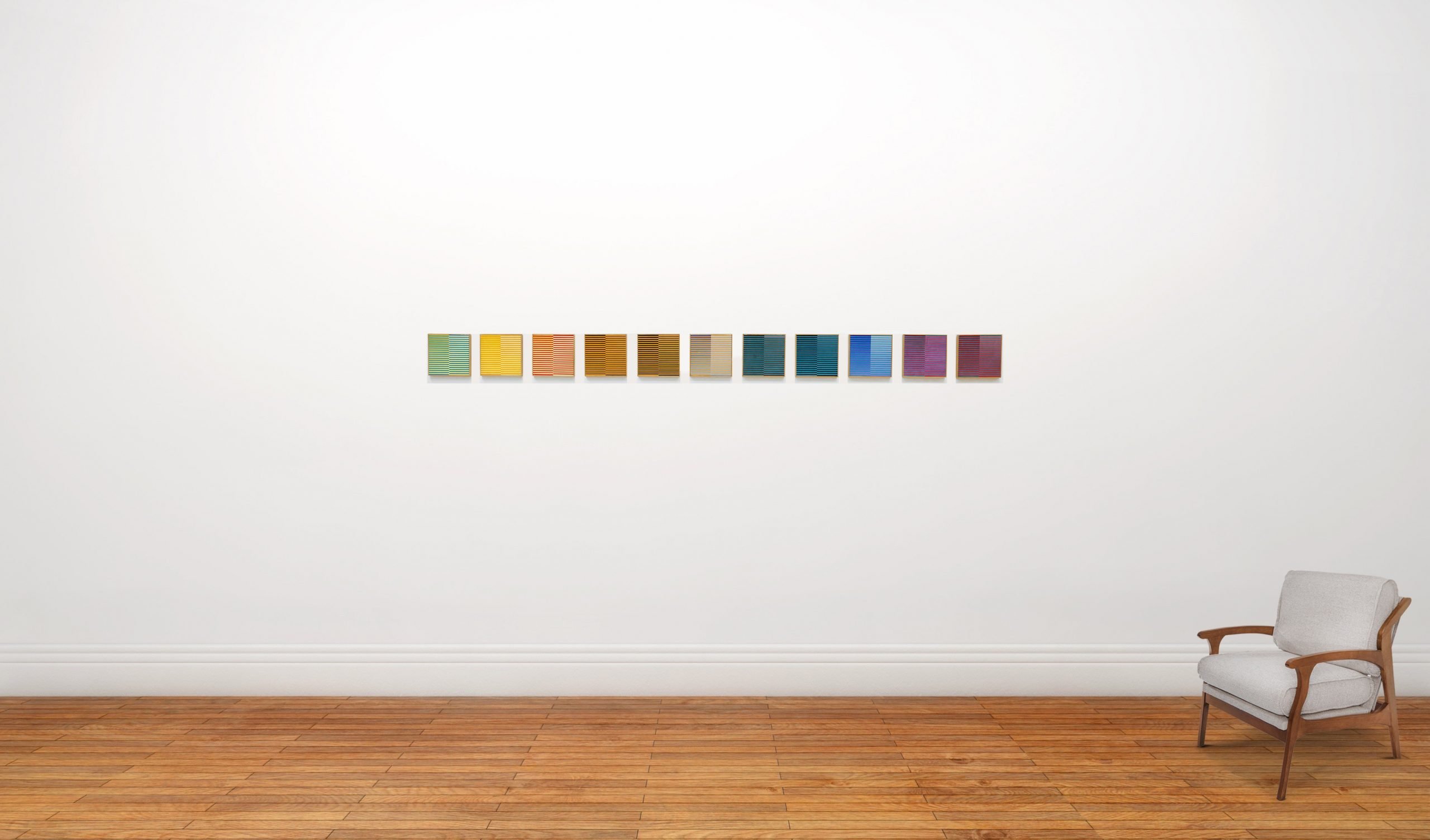 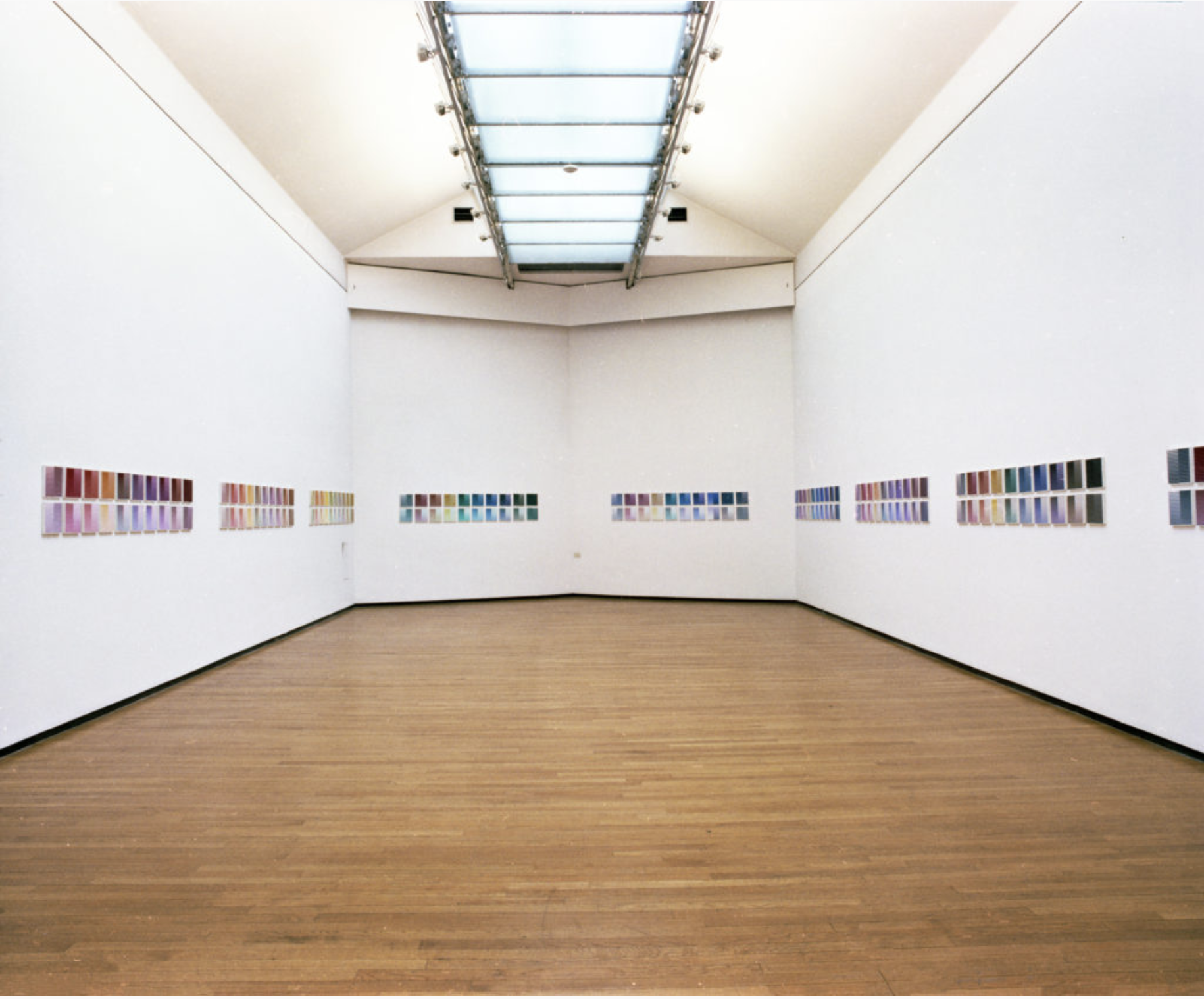 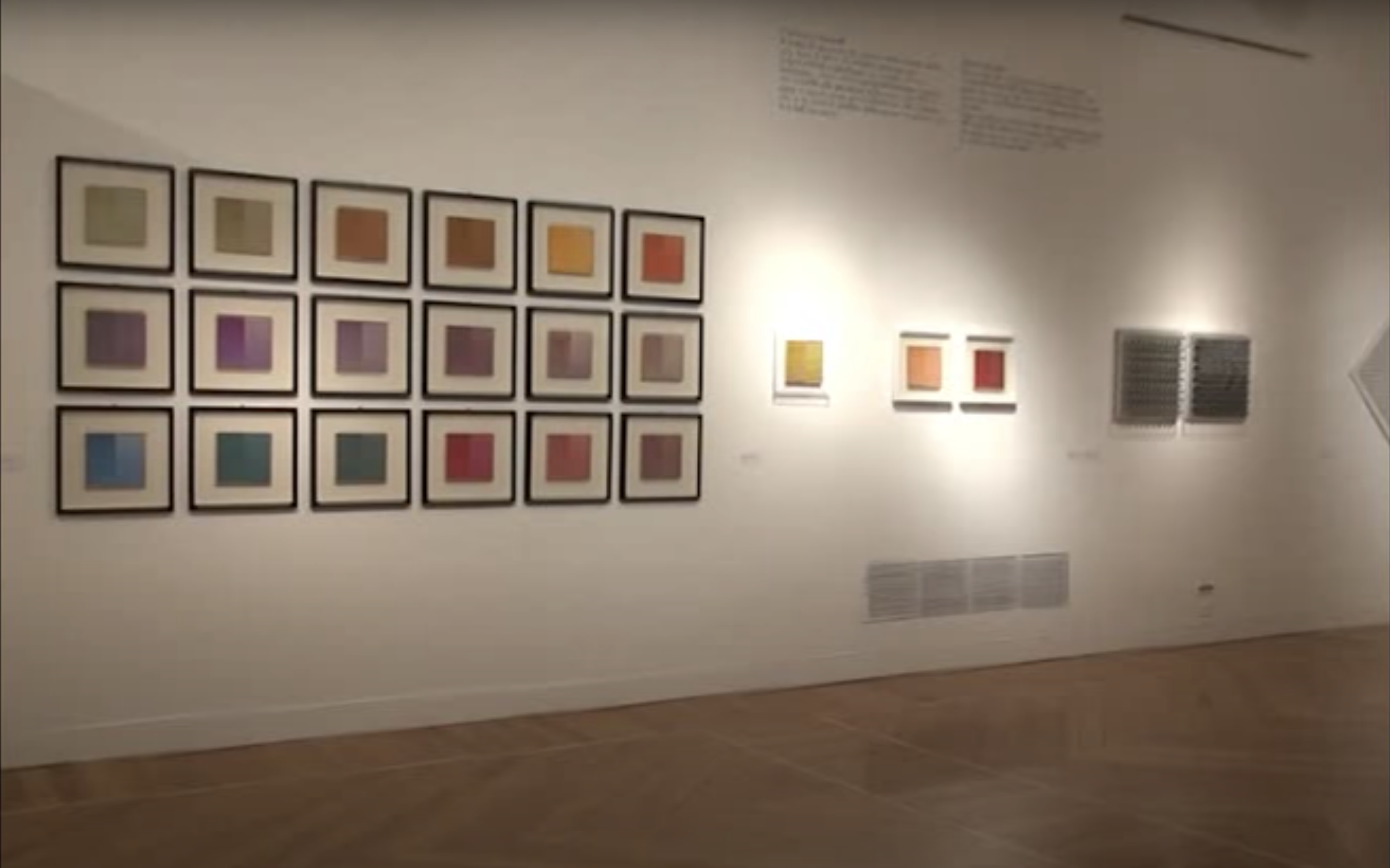 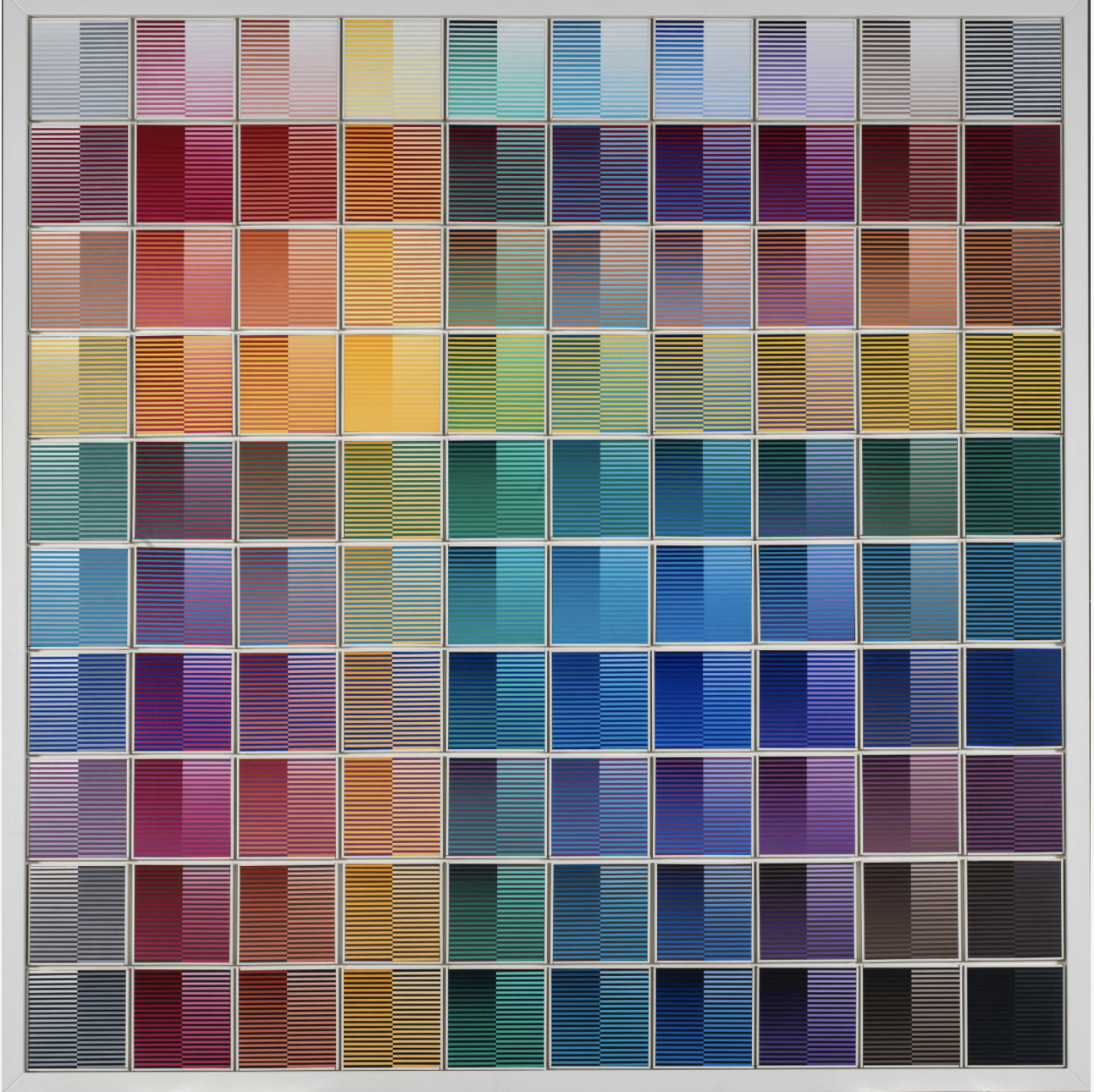 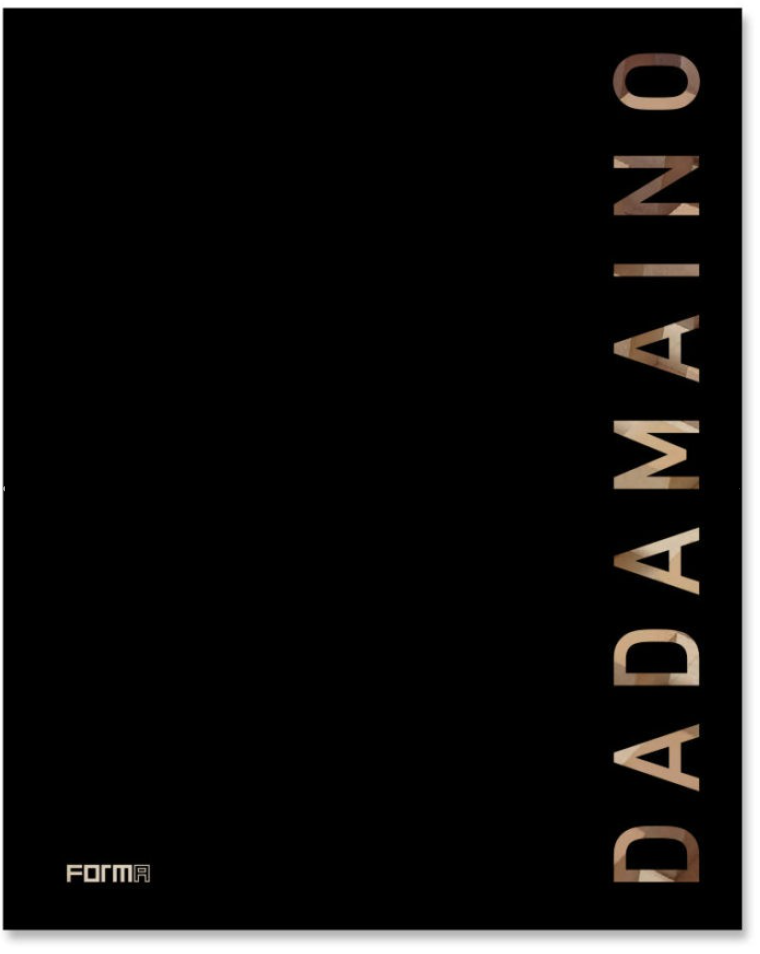 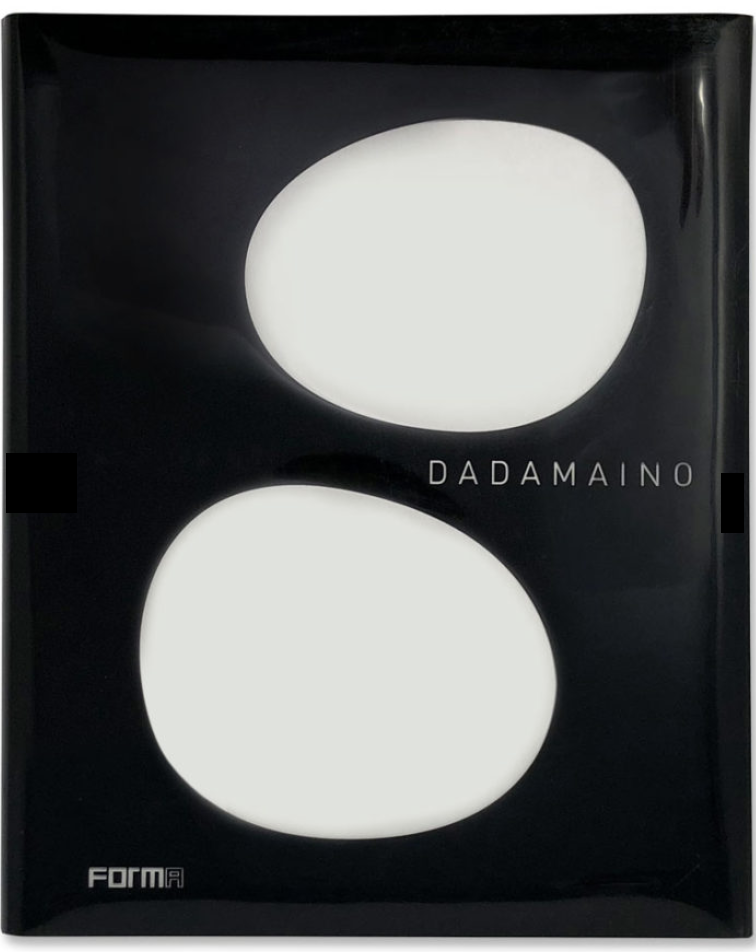 tempera on paper on masonite - 11 elements of 20x20cm each

tempera on paper on masonite - 11 elements of 20x20cm each