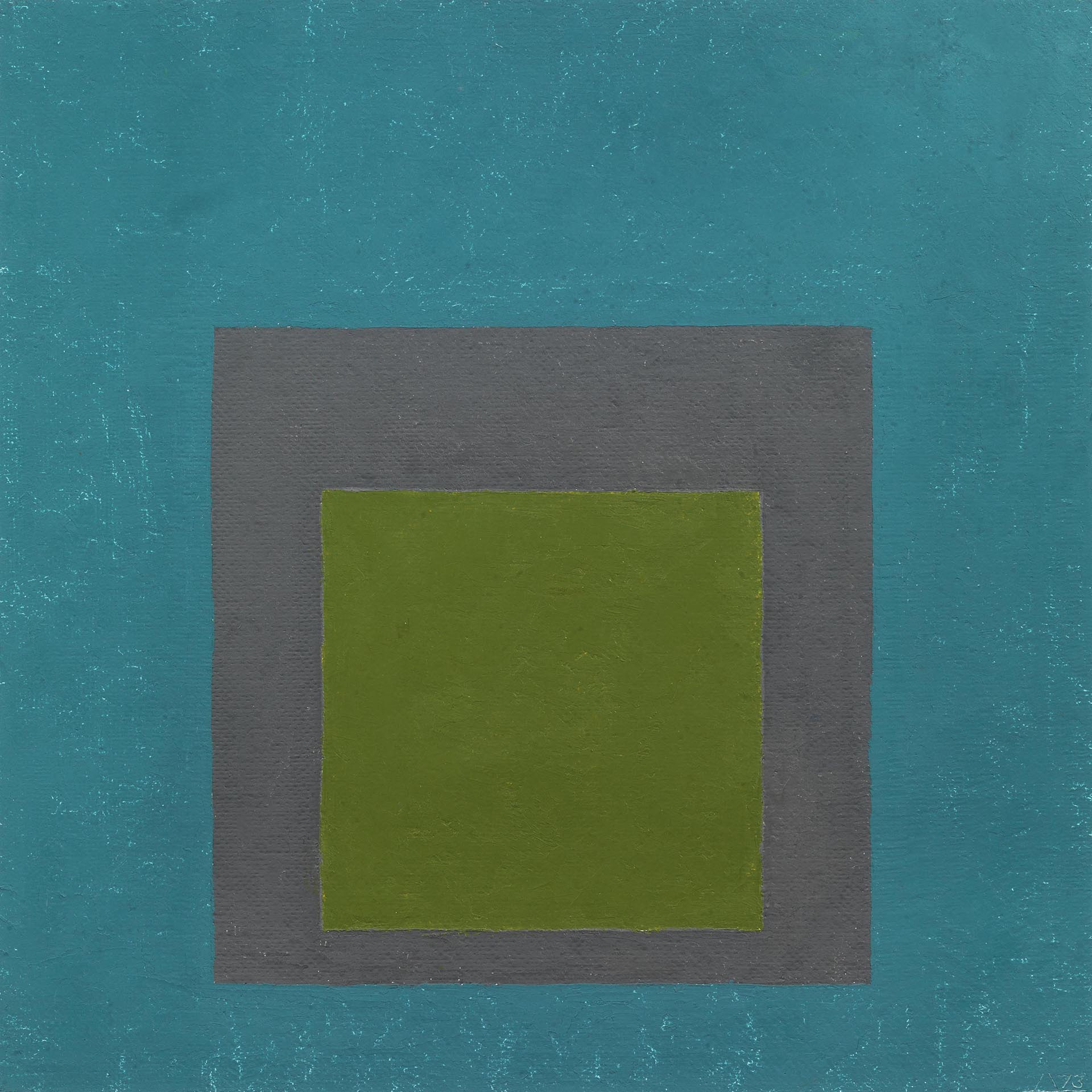 Josef Albers was a German painter, graphic artist, and designer.

Since the beginning of his career, his research has focused on the study of the instability of forms, as well as on the subversion of the static nature of painting – elements that will ultimately characterize it throughout his life.

After training as a painter in Berlin, he entered the Bauhaus in Weimar in 1920, and from 1925 he became a professor in Dessau. In recent years he has exclusively used primary colors to create abstract geometric patterns that cause the instability of the shapes.

Due to the Nazi persecution, Albers was forced to emigrate to the USA and the Bauhaus was forced to close. In America, he taught in several prestigious universities, including Yale.

Albers is also remembered as an abstract art theorist: he gave many conferences and published several books and articles in which he tried to investigate the intrinsic logic that governs colors.

His theories had an important influence on generations of young artists, forming, in particular, the foundation of Op Art abstraction. In his studies on optical art, he collaborated with some Italian artists including Getulio Alviani.

Since 1939, it has produced a series of isomeric forms that seek to achieve the effects of perceptual ambiguity. The famous surface animations, based on depth effects created by different pigments of close colors, in a scheme based on the interaction of the square, are made during the last period of his life.